1. „We’ve bought into the idea that education is about training and „success,“ defined monetarily, rather than learning to think critically and challenge. We should not forget that the true purpose of education is to make minds, not careers. A culture that does not grasp the vital interplay between morality and power, which mistakes management techniques for wisdom, which fails to understand that the measure of a civilization is its compassion, not its speed or ability to consume, condemns itself to death.“ – Chris Hedges (Empire of Illusion: The End of Literacy and the Triumph of Spectacle) 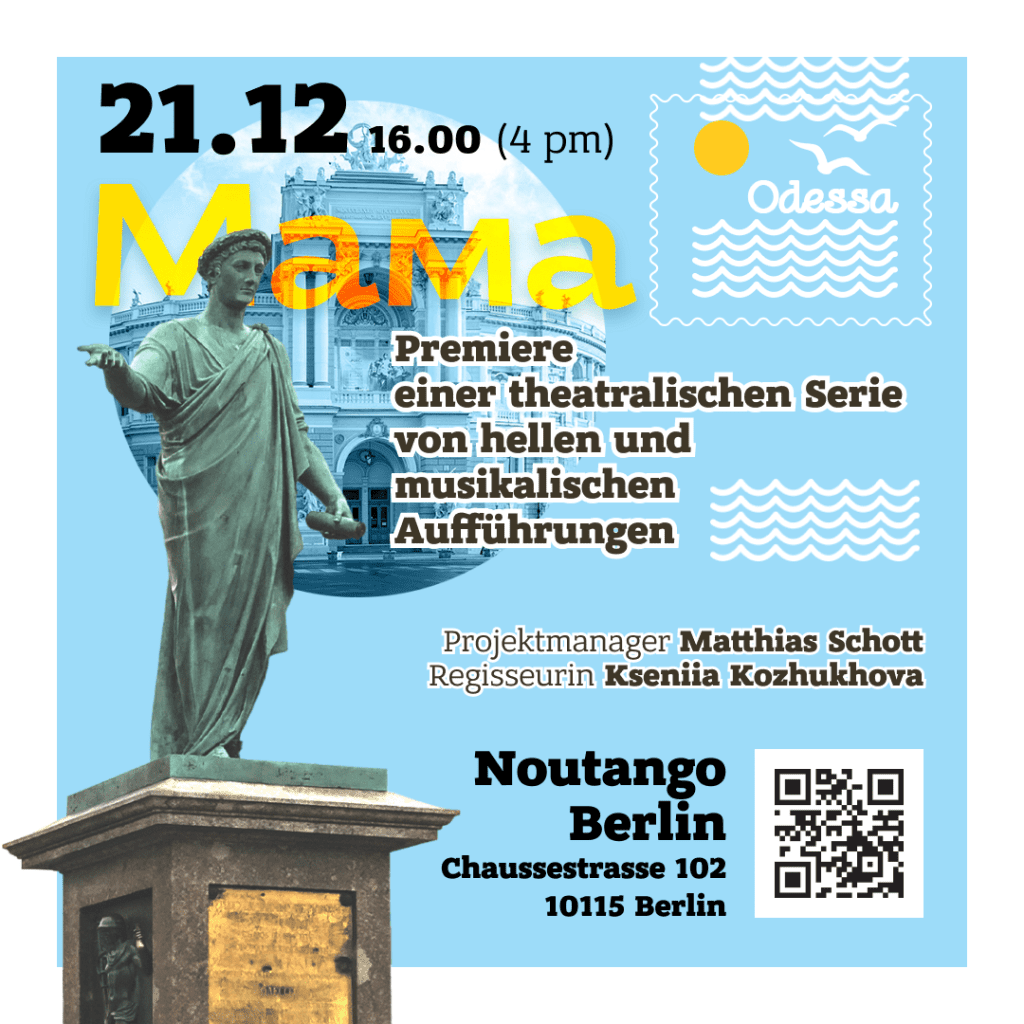 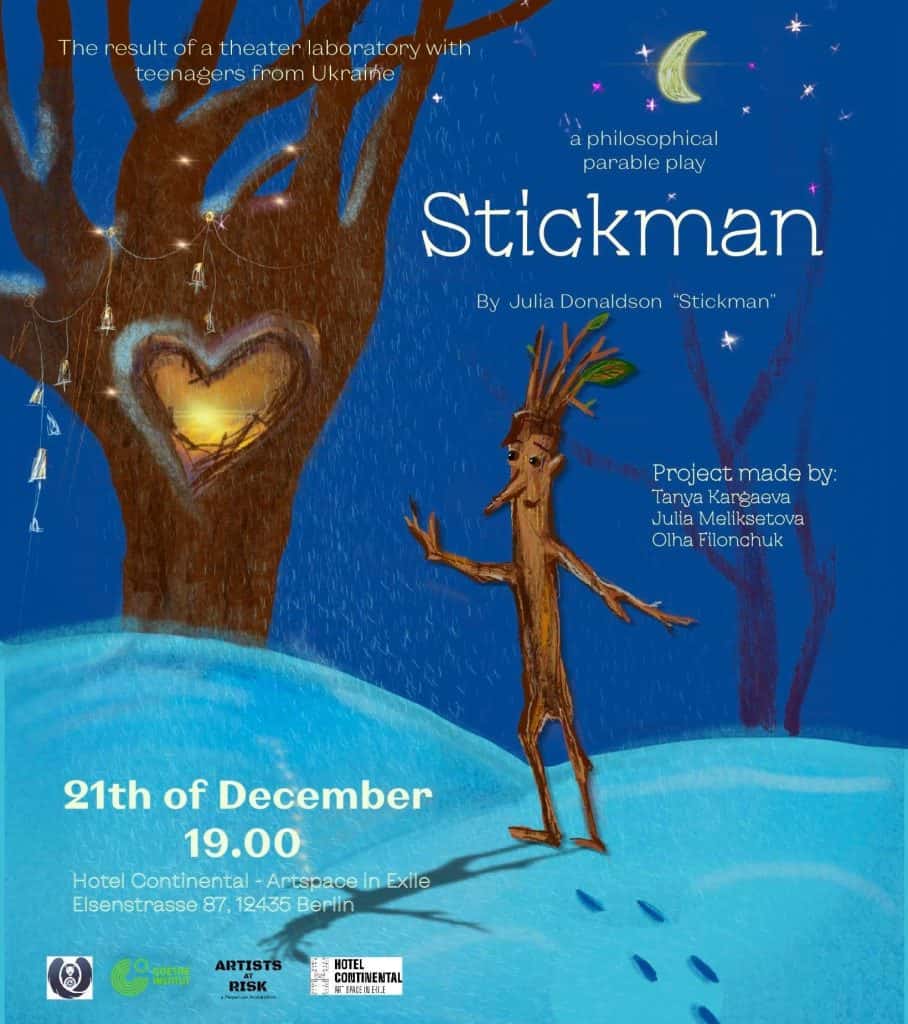 „The Method is strong in Dern’s family. Bruce Dern and Ladd studied at the Actors Studio, and Laura took classes at the Lee Strasberg Theater and Film Institute as a 9-year-old. Dern’s acting teacher of 30 years, Sandra Seacat, also came out of the Method. But Seacat’s pedagogy is a little different. The process begins with the actor writing a letter to herself. According to Seacat, such a letter might read, “Dear Inner Self, if it is your will, please reveal to me in a dream tonight, the inner truth of this character that is in me, this part of me that’s the character.” Then the actor brings the dream to workshop, where she might perform rituals based on it or cast other actors to perform it. Seacat believes, and Dern strongly affirms, that the artist is a “wounded healer” and that by finding in her character her own “wound,” and expressing it, she has the power to heal herself and the audience.“ – (NYT)

“The foundations acting workshop with Matthias was everything I was looking for in a week long intensive. He introduced us to a variety of exercises, concepts and techniques; he created an encouraging and safe environment and he provided us with insightful feedback as we went along. Throughout the course each student improved on their own as well as within the group. It was the perfect combination of fun and challenging and a real opportunity to get to know yourself better or just expand your acting experience. Matthias‘ dedication to the craft is evident in his enthusiasm and dedication. I would happily take more classes with him. ” – Workshop August 2022/Anonymous

„Starting or maintaining a writing practice can be tough- it’s often lonely work and requires commitment.  The course I took with Tomer was quite revelatory.  He has such a range of brilliant exercises and techniques and really understands how stories work. I found myself writing in new ways and about personal topics, and opening up whole new areas of creative exploration; and I attribute this to Tomer’s natural gift as a tutor and coach. He brings such a welcoming and supportive energy and has a really special way of grasping and highlighting the deeper concerns within your work, so you’ll say- ‚oh I see! that’s what i wanted to talk about!‘, and be able to continue with fresh ideas and energy.“ – Daniel Baker (Actor/Writer)
„Geordie’s generosity in the workshop is matched by his calm precision and clarity. His approach to working on postmoderntexts is as coherent and illuminating as his process on conventional text analysis. He is kind, humble and in this way, out of his vast experience, effortlessly authoritative. I have loved working with him with Schott Acting Studio and look forward to doing so again.“ – Mike Bernardin (Director/Acting teacher)
„It’s hugely rewarding having direct access to Geordie’s intelligence and vision, and his experience as a world-class theatre director. He reveals his processes and begins a collaboration with the actors which leaves us wishing we were heading straight into a rehearsal room with him.  I’m a regular in his classes – I always learn new things, they’re always a joy.“ – Dulcie Smart (Actress)
„Mike Alfreds‘ workshop on the Laban Efforts was an amazing experience, led by a true pioneer of the theatre, which challenged my preconceptions around the psycho-physical work of the actor. As an introduction to the work of Rudolf Laban, I found the work liberating and specific, and with Mike Alfreds‚ guidance, the Laban efforts have become an indispensable and fundamental aspect of my toolkit as an actor. In a year of lockdowns and a global pandemic, one of the silver linings has been the ability to engage in online workshops with luminaries of the theatre, which would not have been possible otherwise.“ – William Harding (Actor/Playwright/Director South Africa)
„I just wanted to let you know that I thought Mike’s Characterization workshop last week was absolutely brilliant. It was really insightful and provided us all with a rich variety of useful techniques from which to approach characterization. It was challenging but as a result, I felt like I learned so much just from those 5 sessions, and it’s made me think of how I approach the work in a new and exciting way. In addition, I’m starting to build an awareness of how we use Laban in our daily lives. I really hope to see more opportunities like them in the future. So, thank you both! I look forward to seeing you for the next one.“ – James Lacey (Actor, UK)
„The Studio that Matthias has built is unique and remarkable- I’m pretty sure there’s nothing else quite like it in Europe.  He attracts world class international coaches, and the community that has developed around the studio is so dynamic and creative.  Every workshop I’ve taken with the studio has been outstanding- the tutors and coaches are at the top of their game, and they’re incredibly generous with their time and expertise.  Since first attending a workshop with the wonderful Sheila Gray in December 2019 I have made many new friends through workshops with the Studio, and feel like I’m part of something very special.“ – Daniel Baker (Actor)
„Matthias Schott is an outstanding acting coach and workshop leader. Through the detailed exercises in the workshops and his incredible curated eye, he provides generous individual feedback which has been pivotal on my acting journey. He is a true talent and the classes are not only a melting pot of ideas and experimentation but also fun! I can truly say that without it, my acting journey would not have grown as much. His knowledge, expertise and intuitive eye is unsurpassed.“ – Alaa Taha (Playwright/Actress)
“Matthias is a phenomenal acting coach. I always come back to his teachings, whether it be preparing for theatre or film. Matthias has an engaging, attentive and intuitive teaching style that nurtures each student’s journey. He identifies potential blocks and offers the tools to work through them in order to understand where you need to go to reach a level of higher awareness and understanding as an actor. He breaks down the multifaceted process through a vast variety of exercises which makes the task at hand tangible and approachable, no matter where you are in your acting journey. Matthias’ workshops constitutes both individual and group exercises that shapes and forms each student and attunes to each individual level. Matthias has guided me from a fundamental level, to individual scene- and character work or auditions for schools and jobs. There is a wisdom and deep sense of humanity in the way he approaches each character or scene, teaching us to challenge our understanding of the human experience, be conscious and present in our acting choices, never judge our experience or understanding of the character, but be curious, free and creative.” – Nina Mariko Sandquist (Actress)
“I took Matthias workshop as a beginner. It was one of my first acting experiences. Although I had a hard time openning up in the beginning, his sensitive individual care helped me overcome my fears and blockages. By the end of the week, not only did I perform like I had never imagined I could, but also learned a lot about myself and my abilities and strengths. I would recommend Matthias‘ workshops to anyone who wants to improve their acting by taking a deep look into their soul and grow out of self reflection. I will definitely continue to participate in Matthias‘ courses. He is a very inspiring and wonderful human being.” – Rebecca Veil (Susan Batson Technik & Schauspiel Intensiv)

“Schott Acting Studio is the one Acting Studio in Europe that offers workshops and masterclasses with iconic teachers from all over the world. One year ago I took my first workshop organized by Schott Acting Studio and it helped me a lot to pursue my dream to move to the states and establish contacts for working internationally as an actor. After I finished drama school in Germany I was hungry for more and I still feel lucky to have taken several workshops in Berlin organized by Matthias Schott. These workshops and the wonderful teachers, colleagues and artists I met there had a huge impact on my journey which now led me to studying at the Actors Studio in New York. I’ll forever be grateful for these immensely inspiring and nurturing workshop experiences and the doors that opened themselves because of them. Thank you Matthias! ” – Janina Picard

a.) Fear of Failing von Sarah Schmidt (The Guardian)

Playwriting – Structure, Character, How and What to Write von Stephen Jeffreys