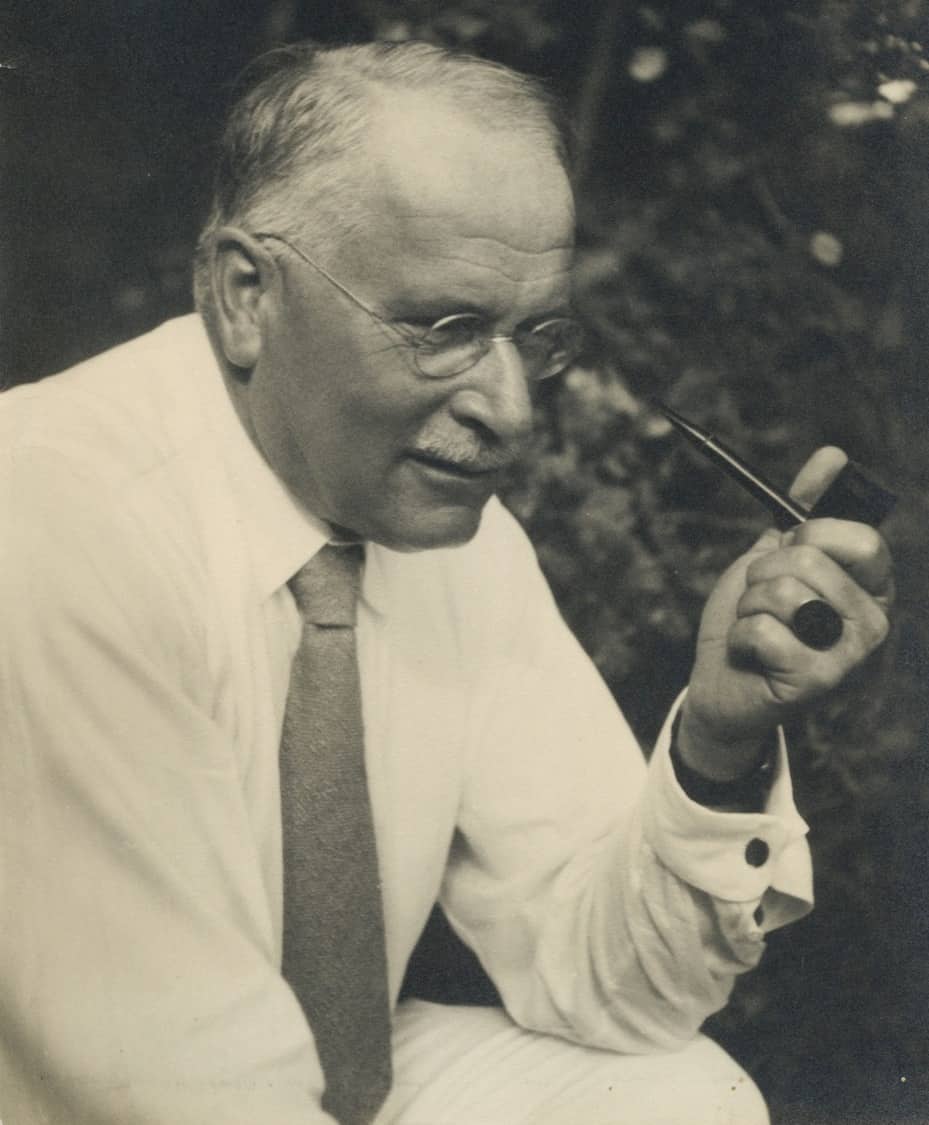 Carl Gustav Jung, particularly in his last works, gave the floor to the unconscious: “I wrote everything with a double-bottom”, so that the reader on one side faces an understandable and logical reasoning, and on the other is exposed to the action of that part of the unconscious that is “speaking”: this can be fascinating, but also scary. The speaking unconscious implied for Jung to give words their original meaning, allowing the merging of the scientific reasoning and the plastic element of expression.