An English language workshop devoted to the words and stories of William Shakespeare.

This workshop is for you if:

Kicking off with some Shakespeare-themed drama games, followed by some devised pieces based on his best-loved stories, we will then focus on some Shakespearean monologues, looking in particular at how the language and rhythm inform the character choices, and how this can be portrayed to maximum effect.

Participants will be invited to bring along a monologue of their choice that they wish to work on, or just be provided with one on the day, and together we will break down those barriers to find the dynamic performance of which Shakespeare himself would have been proud. 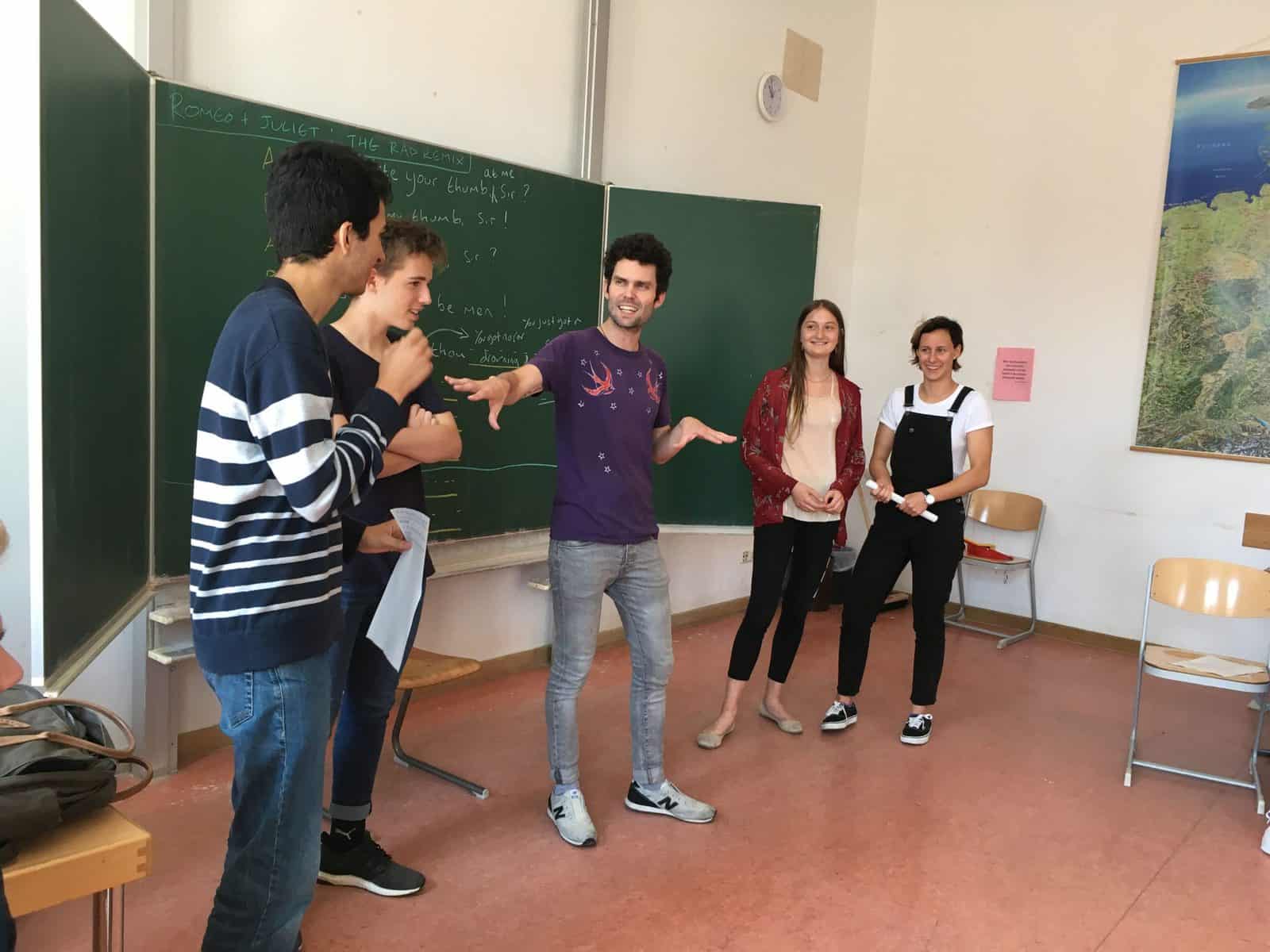 Charlie Dupré is a playwright, actor and spoken word artist. His debut solo show, The Stories of Shakey P re-imagined the Bard as a playground battle rapper, and was part-commissioned by the Royal Shakespeare Company. He won the Rising Star award at the Let’s All Be Free Film Festival for his short film, Faustus: Remixed, and his first ensemble play, Macblair told the story of Tony Blair as a Macbeth-style tragicomedy. It played the Brighton and Edinburgh Fringes to critical success, and was one of The Scotsman’s Top 6 hot picks for political shows in 2017. In 2019, its sequel, Boris Rex was nominated for an Off-Westend Award during its run at the Tristan Bates Theatre, London.

“Charlie’s motivating, inspiring approach to the participants, taking into account the interests of each individual, was particularly appreciated.” – W. Halfmann, Oberstufenleiter, IGS Kastellaun

“With wit, charm and sensitivity, Charlie creates a wonderful atmosphere in which sparks can fly in even the shyest student. In his refreshing authenticity, he ably demonstrates ​​how much fun playing with language, words and rhythm can be. They want to keep playing!” – S. Lenner, Maria-Theresa Gymnasium, München

Charlie is also available for one-to-one acting coaching, ideal for anyone who has an audition coming up, or who wants to work closely on a particular text, either classical or contemporary. Please contact Charlie directly at: charliedupre1@gmail.com