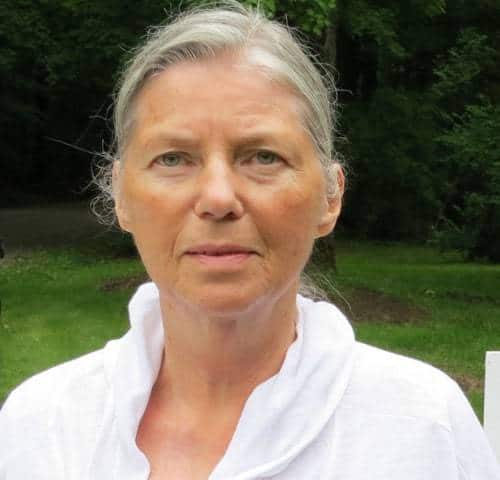 Theater and film have been an intricate part of Sandra Seacat’s life since she was a teenager. Two weeks after graduating from Northwestern University she left for New York City with $69 in her pocket to study with Michael Howard until she became a lifetime member of the Actors Studio, where she has also moderated.

Lee Strasberg encouraged Sandra to also teach and invited her to be a part of his Institute when it first opened. Since 1975 she has conducted her own classes and workshops both in America and in Europe. Ms. Seacat has become known and respected internationally as one of our finest acting teachers.

“Was there anyone in particular who made a big impact on you in your early years? What I had seen around me, always, was that longevity was everything. If you stay with it long enough, something will happen. If you are ready for it, then it’s going to work! I had some incredible teachers along the way. There was a woman named Sandra Seacat and she was very much a mentor in connecting up your spirit or soul with the part of acting you are going to have strength in, so that you have the strength to believe in yourself.” – Lance Henriksen (IconvsIcon)

“Luckily through life and the gift of the acting teacher, who changed my life in so may ways since 1984 (Sandra Seacat), I learned there is another opinion, which is: the better the person, the better the artist. The more true you are to who you are and the more honest you are as an individual, the more honest you can be as an actor…All of a sudden, acting wasn´t this torment where you´re supposed to be a screwed-up artist, but it´s an opportunity for self-growth. And I think I´ve had fun ever since.“ – Laura Dern (Jamie Painter Young/Back Stage West)

“Sandra totally changed my acting. Instinctively, I was always in love with psychology and my dream life had always been very important to me…What’s really exciting to me about Sandra’s work is that it changes your life, almost on a psychic level.” – Gina Gershan (Interview/Paul Chutkow)

“I see a place for this in all the acting schools across the country once they come to know about it. Actors are always searching for ways to get close to the psychology, the life, the experience of the characters they are creating. And we investigate all these situations, looking high and low for the experience that will bring us closer to this mysterious character we’re trying to create, we’re trying to know, to understand and to be. The dream work brought to the actor another tool — we stage our dreams, we put them on their feet.” – Harvey Keitel (The New York Times)

Ms. Seacat appeared on Broadway in Lee Strasberg’s production of “The Three Sisters”, Arthur Penn’s comedy “Sly Fox”, and a television comedy as Gene Hackman’s wife, and in the following movies: “Country” and “Frances”, both with Jessica Lange; “The Golden Seal”; “The Kidnapping of the President” with Van Johnson; “Wildfire”; Promised Land” with Meg Ryan; “The Rose” with Bette Midler; “The New Age” with Peter Weller and Judy Davis, directed and written by Michael Tolkin; “The Destiny of Marty Fine” written by Mark Ruffalo; “Liv” directed by Edoardo Ponti; “Crazy in Alabama” with Melanie Griffith and directed by Antonio Banderas; “Daddy and Them” with Andy Griffith & directed by Billy Bob Thornton; “Nailed” with Harvey Keitel; “Prey for Rock and Roll” with Gina Gershon; and “A Little Crazy” for which she was nominated as Best Supporting Actress at The Method Fest Film Festival; “Sympathy for Delicious” directed by Mark Ruffalo; “You Don’t Know Jack” with Al Pacino directed by Barry Levinson; “Enlightened” with Laura Dern directed by Mike White; “The Time Being” with Frank Langella; “Palo Alto” directed by Gia Coppola; and the upcoming “Alex of Venice” with Don Johnson and directed by Chris Messina.