The attendance in some of the In-Person and Online lectures is free, but with limited spaces. By invitation – guest list (Actors, directors, script writers, play writes, agents, casting directors, acting coaches and theater & film makers). You are interested and want to be invited, please send us an Email: info@schott-acting-studio.de . 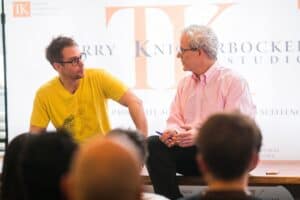 Now is your opportunity to meet, greet, and have a Q and A with Terry Knickerbocker, Studio Director of the Terry Knickerbocker Studio in Brooklyn. This 90 minute webinar is a chance to speak with the guy who coached Sam Rockwell towards his Oscar Winning performance in Three Billboards Outside Ebbing, Missouri and Oscar Nominated performance in Vice. He has spent years coaching. Clients include Michelle Williams, Boyd Holbrook, Emmy Rossum, Sacha Baron Cohen, Chris Messina and Zac Efron. Terry will leave some time at the end to work on 2-3 monologues with a few volunteers. So be prepared to work, if you want to! [read more/tickets…] 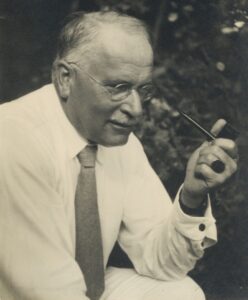 Carl Gustav Jung, particularly in his last works, gave the floor to the unconscious: “I wrote everything with a double-bottom”, so that on one hand the reader faces an understandable reasoning and on the other is exposed to the action of that part of the unconscious that is “speaking”: this can be fascinating, but also scary.  For Jung, the speaking unconscious implied giving words their original meaning and allowing the merging of scientific reasoning with the malleable element of expression. These two concepts, the double-bottom and the speaking unconscious, are significant for me since they evoke both the language of dreams and the images in which the narrative and the meaning of a movie condense.

The experience of my double professional path of being a Jungian Analyst and Scriptwriter has led me to  clarify and investigate the peculiarities of those two disciplines: Analytical Psychology and Scriptwriting. Not only have I been able to witness the well-known similarity between Cinema and Psychoanalysis in my work but I have also discovered the unique and captivating relationship between what one experiences, learns and discovers writing a story for a movie, and what one experiences, learns and discovers in his/her profession as a Jungian analyst. The aim of my lecture “En Route: from Active Imagination to Film Language” is to to share my research with the Jungian and cinematic community through examining and comparing the key points of Carl Gustav Jung’s method such as the dialogue with the unconscious–known as Active Imagination– and the language of movies which each scriptwriter must master in order to write a thrilling screenplay.

THE VIDEO “EN ROUTE”
In order to give you a taste of what this lecture will be all about, I have created a video in which, just like in dreams and in Active Imagination, “it is the unconscious that has the floor”. This video called “En Route”(15’) illustrates several key concepts of C.G. Jung’s essay: “Symbols and interpretation of dreams”( 1961) by using a cinematic language – with images and symbolic sequences from movies by Federico Fellini, Stanley Kubrick, Ettore Scola, Ingmar Bergman, Alfred Hitchcock, Giuseppe Tornatore and many others. Just like in the “vision of a dream”  the spectators will observe two communicative forms at the same time. Supposedly very different, we can translate their narrative conjunction in both a mysterious and rational language, which is typical of symbolic communication. 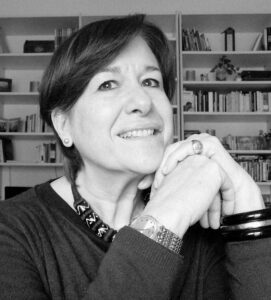 CHIARA TOZZI is a psychologist, writer, screenwriter, and screenwriting professor, as well as a Jungian analyst and psychotherapist in private practice in Rome. She is a training analyst and supervisor at the Associazione Italiana Psicologia Analitica (AIPA ) and the International Association for Analytical Psychology (IAAP). She lectures internationally. She is Artistic Director of the “Mercurius Prize for Films of particular Psychological Significance and Sensitivity to Human Rights“.”. She is former President of the “ ASSOCIATION IMAGHIA- Psychological Counselling for Cinema and TV Moovies”” as well as the “ IMAGHIA PRIZE to films that are good for you”. A former editor of the AIPA’s journal “Studi Junghiani”, she has also written novels, stories and scripts for film, theatre, TV and radio.

ONLINE SCREENING: “The Story of Plastic” 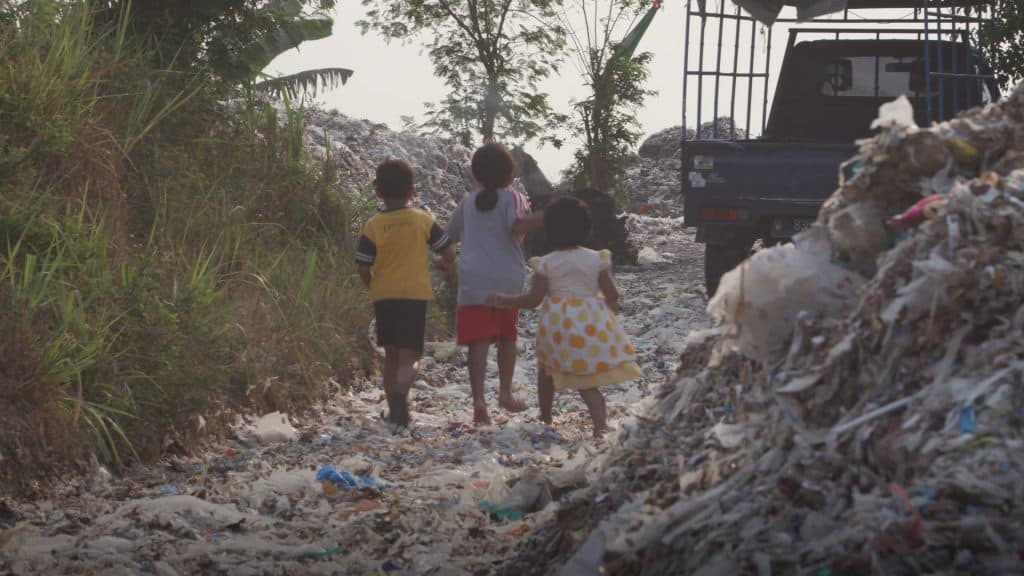 THE STORY OF PLASTIC takes a sweeping look at the man-made crisis of plastic pollution and the worldwide effect it has on the health of our planet and the people who inhabit it.

How to Prepare Safely for Intimate Scenes

working with the Intimacy On Set Guidelines 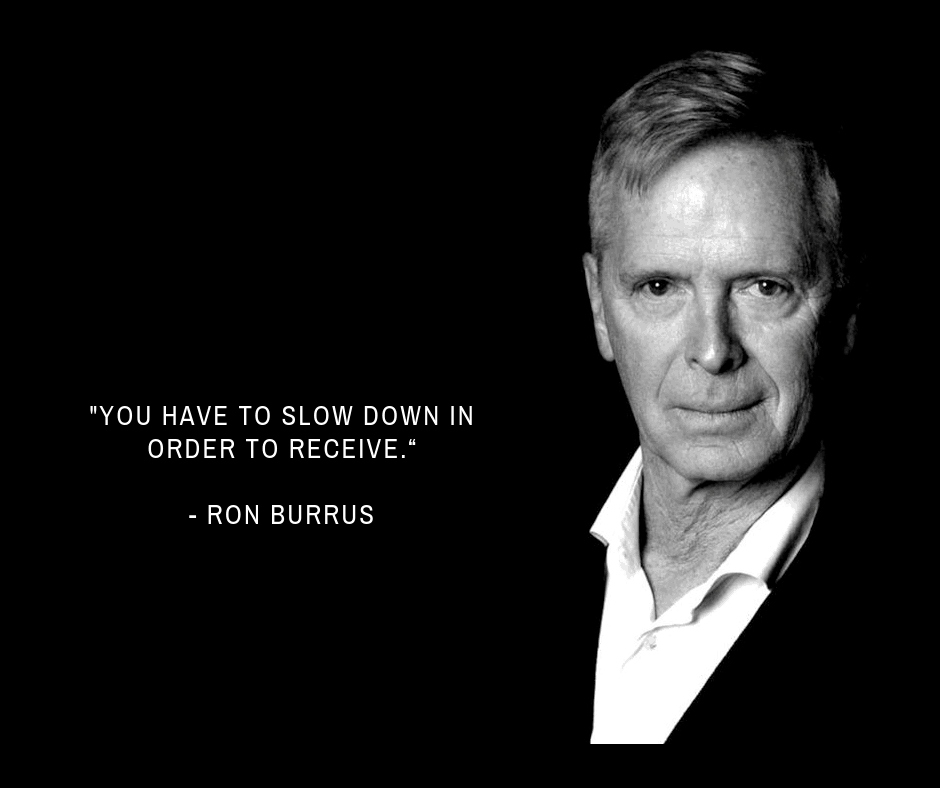 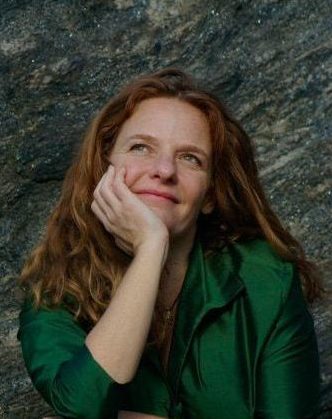 Recognized for her work in series such as ‘Sex and the City‘, ‘The Sopranos’, ‘The Affair’ among many others; Sheila Gray will be in Berlin conducting an acting workshop. How to develop privacy in a public setting? How to create a rich internal life that the camera will then pick up?

The philosophy, principles and techniques of the art of acting for newcomers and professionals seeking something more…

The Spiritual Psychology of Acting is a unique fusion of the teachings of the great Russian stage directors of the 20th Century, cutting edge Psychology and Spiritual Philosophy from both East and West. The Three main purposes of Theatre/ Cinematic Art, The principles of Great Acting, The Qualities of a Great Actor, Four Key Questions for designing a Character and more.

Recognised for her teaching method with clients including Mickey Rourke, Ryan Gosling, Laura Dern, Michelle Williams, Jessica Lange and Isabella Rossellini, acting coach Sandra Seacat shares her insights into acting, how to perform successfully and bring life to your characters.

Recognized for her work in series such as ‘Sex and the City‘, ‘The Sopranos’ among many others; Sheila Gray will be in Berlin conducting an acting workshop. How to develop privacy in a public setting? How to create a rich internal life that the camera will then pick up? 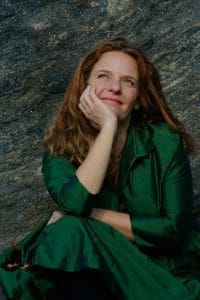 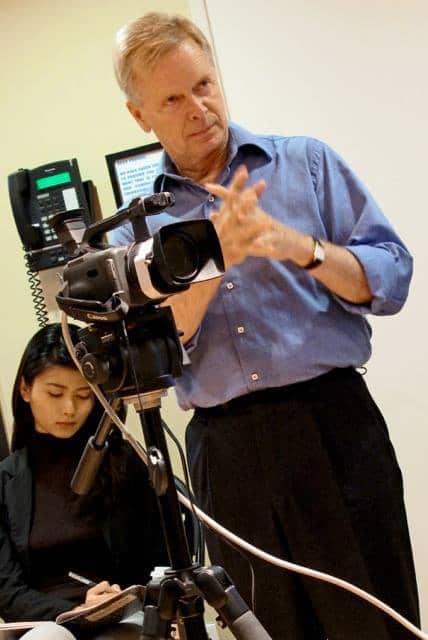 Dee Cannon is one of the most sought-after acting / dialogue coaches in the world. She is also a director in her own right and has directed over 30 plays. She has influenced and directed some of the biggest names working in the West End today. In 1993 Dee was invited to teach and direct at RADA where she has been the main senior acting teacher for seventeen years and has directed over 30 plays. Actors Dee Cannon has trained and worked with: Maxine Peake, Jon Voight, Eve Best, Tom Hiddlestone, Ben Whishaw, James McArdle, Billie Piper, Jason Momoa and James Norton. 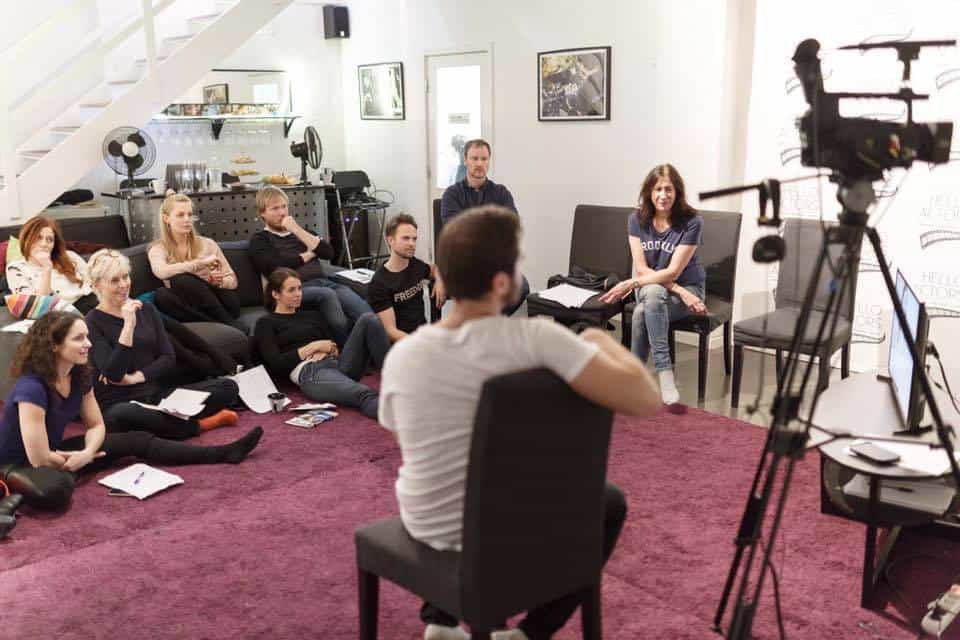 Get inspired by director and acting coach Seamus McNally who has been working with lead talents on celebrated TV shows such as Orange is the New Black and Roots. Join him as he takes us on a fully immersive exploration of a scene, discussing how to inhabit psychological actions, think in pictures and navigate the pressures of delivery in today’s fast-paced productions.

June: KEN REA – WHAT CREATIVE EXECUTIVES CAN LEARN FROM ACTORS

The secrets of personal impact unlocked

Whether you’re negotiating with clients, pitching an idea, chairing a meeting, or delivering a keynote speech, Ken will show you some of the practical tools to step up to the next level.

This interactive talk draws on both the secret techniques that professional actors used to keep their audiences enthralled, and powerful tools that will make you stand out in the business world. Ken not only understands how to inspire audiences – he can help you make your speeches and presentations persuasive, memorable and inspiring.

You will learn how to use positive body language, strengthen your voice, project confidence and natural authority, enhance your personal presence, and understand the secrets of delivering corporate stories quickly and effectively.

“Ken understands that acting, storytelling is “shared experience”, an “act of generosity” something communicated with warmth and openness…It´s a privilege to be one of the storytellers, to be one of those able to provoke, challenge, incite, educate and entertain an audience with the force of your narrative. And so with storytelling comes great responsibility…” – Damian Lewis
(Foreword of Ken Rea´s book “The Outstanding Actor”) 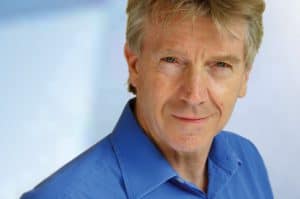 Starting out in advertising, making TV commercials in New Zealand, he later turned to theatre, as an actor, director and teacher. Alongside his corporate work, he is Professor of Theatre at the renowned Guildhall School of Music & Drama, where he has trained some of Britain’s leading actors and film stars, including Ewan McGregor, Damian Lewis, Michelle Dockery, Orlando Bloom and Daniel Craig. He has also chaired numerous European conferences. As a public speaker, Ken has given many large-scale presentations in the worlds of business, education and the arts, sometimes to audiences of over a thousand.

Sheila Gray recognized for her work in series such as ‘Sex and the City’, ‘The Sopranos’ among many others.

“Sheila Gray is one of the best acting teachers and coaches working today. I always know when I send someone to her that not only will they have a great time, they will come out a better actor.” – Ellen Chenoweth ; Casting Director/ The Bridges of Madison County, No Country for Old Man

Acting Lecture with James Kemp (Acting teacher to actors such as Michael Fassbender, Tom Hardy and Emilia Clarke) will show some film clips to illustrate his specific work and approach on acting. 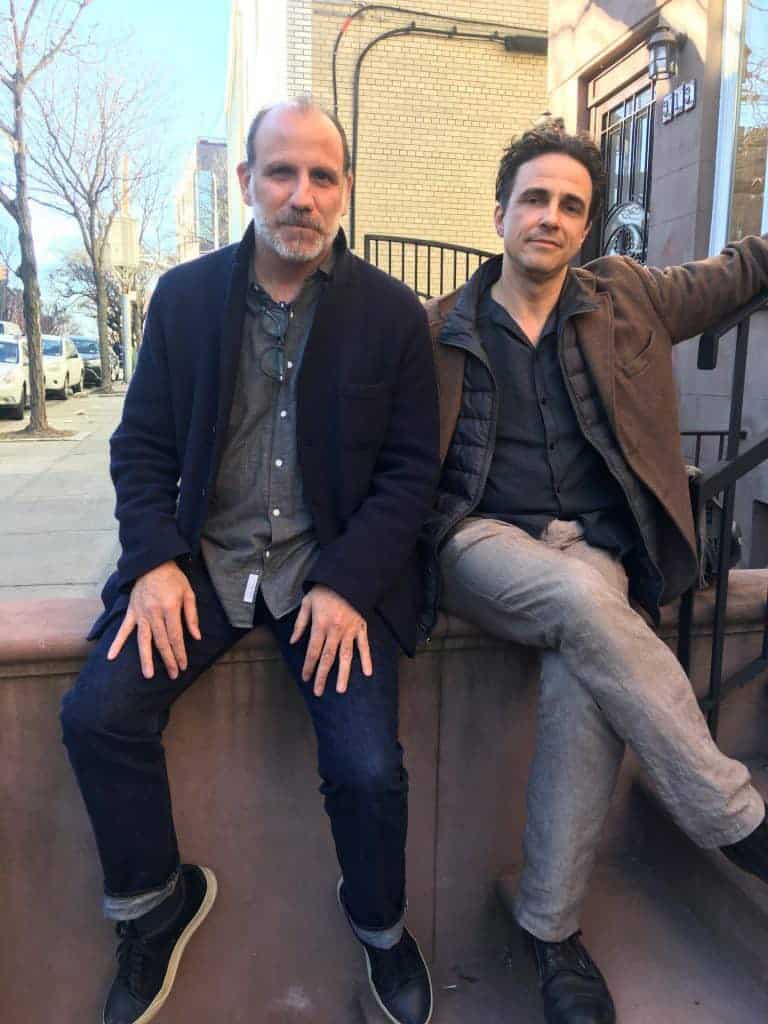 New York City-based acting coach Seamus McNally has been working with lead talent on celebrated TV shows such as Orange is the New Black and Roots. He sits down with American actor and director Nick Sandow (Boardwalk Empire, Orange is the New Black) to talk about the relationship they’ve built over the years, the specific challenges for an actor to work on a long series before sharing their insider views regarding American TV shows. In collaboration with Schott Acting Studio. This event is in English. ​

“Making choices that sharpen your talent”

Teaching both in LA and NYC, Ron Burrus spent many years studying the teaching alongside Stella Adler and is known to be the greatest living exponent of her work. Stella Adler was a teacher of actors like Marlon Brando, Robert DeNiro and Warren Beatty and many more. Ron talks about his work with Stella Adler and the evolution of the acting technique that was passed to him and the application of this realistic style of acting for film.

Yat Malmgrem’s famous Movement Psychology work. At the heart of the work is the concept that we think with our bodies. That our bodies are revelatory of our inner workings, our psyche, of our thoughts and feelings. Therefore if we could learn to harness and manifest our inner sensations and in a precise way control and express them through our bodies we would be able to share every inner desire, want, thought or emotion with a watching audience.

What makes an actor outstanding? Ken Rea, author of The Outstanding Actor, Seven Keys to Success, is the senior acting teacher at London’s famous Guildhall School of Music & Drama. In this lecture demonstration he will work with three actors to show what it is about the ‘British technique’ that makes audiences admire British actors so much. His past students include Orlando Bloom, Ewan MGregor, Michelle Dockery, Damian Lewis and Daniel Craig.

Renowned actor and coach James Kemp for this unmissable lecture in Character Analysis and Movement Psychology. James’s past students have included Michael Fassbender, Tom Hardy, Emilia Clarke and many others.

January: RON BURRUS – “Growth as an actor and as a human being are synonymous.”

Sandra Seacat is widely known for her teaching and coaching of her students such as Mickey Rourke, Laura Dern, Jessica Lange, Ryan Gosling, Aaron Eckhardt, Harvey Keitel, Isabella Rossellini, Meg Ryan and many more. She developed and teaches excercises that both reveal the actor to himself and the audience.

Teaching both in LA and NYC, Ron Burrus spent many years studying the teaching alongside Stella Adler and is known to be the greatest living exponent of her work. Stella Adler was a teacher of actors like Marlon Brando, Robert DeNiro and Warren Beatty and many more. Ron talks about his work with Stella Adler and the evolution of the acting technique that was passed to him and the application of this realistic style of acting for film.