Dee Cannon is one of the most sought-after acting / dialogue coaches in the world.

She is also a director in her own right and has directed over 30 plays. She has influenced and directed some of the biggest names working in the West End today. 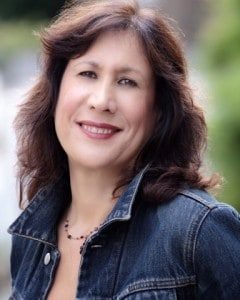 In 1993 Dee was invited to teach and direct at RADA where she has been the main senior acting teacher for seventeen years and has directed over 30 plays.

Dee Cannon has run scene study workshops at the Actor’s Centre in London and has given master classes in LA, New York, Stockholm, Berlin, Gothenberg, Tel Aviv, Jerusalem, Bulgaria and Manila. Dee also finds time to coach for film, TV, theatre and pop video. Among many others, she has coached Jon Voight, Matthew Modine and Courtney Love. She has also worked with numerous actors from the RSC and Royal National Theatre.

“Dee is like a top athletic trainer. She pushes you through the pain barrier and makes you stronger and more agile. I still adhere very much to the way Dee works today.” – Maxine Peake (Full Testimonial)

“Dee is all about truth on stage. Every movement, thought, action must be fully justified, fully realized. There´s absolute no room for “faking it”…She will push you to your absolute limit.” – James Norton (“Happy Valley”, “Black Mirror”, “McMafia” Full Testimonial)

“Dee is simply the biggest artistic influence in my life! I was lucky enough to be trained by Dee at RADA and know that I will continue to call upon her for coaching. Ever since I was young I dreamed of being trained like this, in the way my favourite actors are.” – James McArdle (“Angels in America”/National Theatre, Globe Theaatre, “Man in an Orange Shirt/BBC, Full Testimonial)

She works in London, Los Angeles and throughout the world, in film, TV, theatre and musical theatre. Her work as an acting coach includes on set coaching, auditions, readings, monologues, script breakdown and character development.

Dee Cannon is Anglo American. She trained as an actress in London at Arts Educational Drama School on the three year acting diploma course and subsequently with Uta Hagen at the HB Studio, New York.

She has written a best selling acting book – ‘In Depth Acting’. Her two recent ‘Modern Monologue’ books have just been published by Oberon Books.