This workshop is an introduction to the on-camera acting technique developed by Bob Krakower, one of the premiere acting teachers in the United States. Actors will perform scenes on camera, and discussions will follow. Topics include script analysis, auditioning, and self-tapes. The workshop is designed for advanced professionals and taught in English.

Eric Reis is a respected acting teacher based in New York City. His clients include multiple Emmy, Tony, Screen Actors Guild, and Drama Desk Award winners, and have performed leading roles in the Broadway productions of Phantom of the Opera, Wicked, Les Miserables, Rock of Ages, Waitress, and Mean Girls, among countless others. He regularly works behind the scenes prepping actors for their roles on successful TV shows on The USA Network, CBS, HULU, and NETFLIX, among others. You can learn more about his work by visiting his website here: www.eric-reis.com 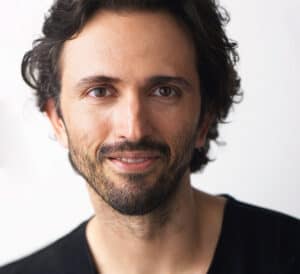 „I always make it apoint to work with Eric. I greatly trust his eye for what works on camera and know that I´ll feel better when I´ve had the chance to get his feedback. I´d highly recommend him to any actor looking to make the most out of their Film/Tv auditions.“ – Matt McGorry (Screen Actors Guild Award Winner. Selection of Credits Television: How to Get Away with Murder, Orange is the New Black, Gossip Girls)
Ort: Berlin, Schott Acting Studio
Termin: 27./28. November, 2021
Zeiten: 10:00 bis 18:00 Uhr | 2 Tage
Normale Gebühr: 345 Euro inkl. MwSt. 19%
Early Registration: 325 Euro inkl. MwSt. 19%
Begrenzt auf  16 Schauspieler*innen
Unterrichtssprache Englisch
Für weitere Informationen & Bewerbung bitte uns eine Email senden: info@schott-acting-studio.de