An Introduction to “The Spiritual Psychology of Acting”

The philosophy, principles and techniques of the art acting for newcomers and professionals seeking something more…

The Spiritual Psychology of Acting is a unique fusion of the teachings of the great Russian stage directors of the 20th Century, cutting edge Psychology and Spiritual Philosophy from both East and West.

During the workshop you will learn:

This rewarding and fascinating process not only creates truthful, dynamic acting, it also serves to to heal the actor of his or her own psychological limits and burdens, thus providing the freedom of imagination to create any character. 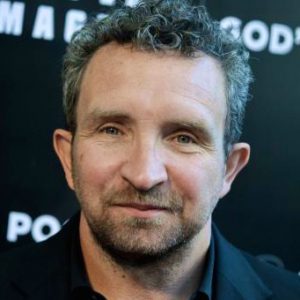 “John was my acting teacher for seven years (1993 – 2000) and I consider him to be the most important influence on my career. I would say that John’s method of training is unique because of it’s holistic approach to the actor, his life and the story that the playwright or filmmaker is trying to tell. John simplifies everything by encouraging the actor to find the essence of the story, what it is trying to say and to simply serve that. Without ever being puritanical, John encourages his actors to develop a strong ethical code to their work. Through meditation and self-awareness, I was taught to understand the many different aspects of myself and to use this knowledge in creating a character. I personally benefited greatly from the philosophical aspect of John’s work. Over the years he studied and brought into the classroom the influences of Eastern and Western philosophy. This was inspirational. The acting world can be a very competitive and cut-throat profession. John taught me to remain centred and to maintain a healthy balance between ambition and humility. To wish others well rather than to compete against them. During my training with John my career improved tenfold, including; landing leading roles at The Royal National Theatre, being named ‘Best Newcomer’ at the Independent Theatre Awards, a whole host of TV and Film roles and during the final year of training with John, being booked to work on Martin Scorsese’s ‘Gangs of New York’. John’s teaching represents the cutting edge of Actor Training in the world today.” – Eddie Marsan; – Filmografie ‘Vera Drake‘, ‘Happy-Go-Lucky‘ (Winner: Best Supporting Actor BIFA), Gangs of New York, Gangster No 1, 21 Grams, Mission Impossible III, Ray Donovan.

The training is designed to create actors of the highest calibre; a delight to work with and ultimately an inspiration to watch.

Simple meditation and practical exercises will be introduced to each student to assimilate the basic techniques.