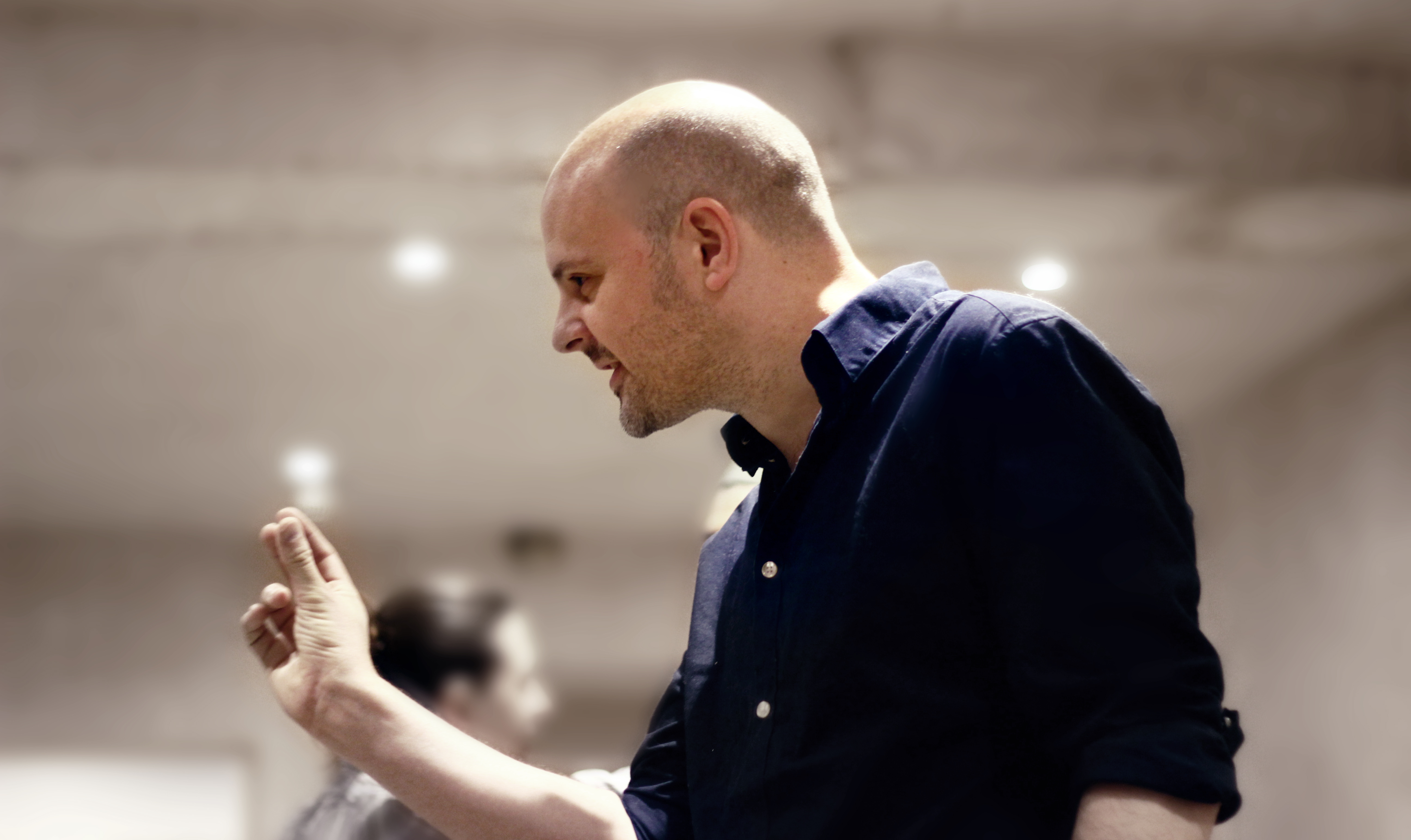 with James Kemp in Berlin

Send us an Email: kontakt@schott-acting-studio.de

„By the end of the classes you will be looking at the world through new eyes, being able to ‘read’ the movements of those around you for meaning, and to create physically expressive characterizations which both excite the imagination and serve the writers’ intentions.“

This class is based upon the work of two pioneers of 20th Century performance research: Rudolf Laban and Yat Malmgren. Rudolf Laban, regarded as the architect of European Contemporary Dance, codified a system of analyzing and classifying movement in all its aspects, not only physical, but also in its expressive manifestations and psychological impulses. Yat Malmgren extended these ideas to create a psychological typology which brings together Laban and Stanislavski.  This fusion of internal motivation and expressive technique offers the actor a basis for constructing character.

In these classes you will be introduced to a theory and practice which breaks down all expressive movements into their constituent parts and links them to the deep seated psychological impulses which underpin them.  From these building blocks ‘character’ can be constructed, either from scratch as a creative act, or from a close analysis of an already existing script as an act of accurate and imaginative interpretation.

At the heart of the work is the concept that we think with our bodies. That our bodies are revelatory of our inner workings, our psyche, of our thoughts and feelings. Therefore if we could learn to harness and manifest our inner sensations and in a precise way control and express them through our bodies we would be able to share every inner desire, want, thought or emotion with a watching audience. And in turn that audience would be able to ‘read’ our thoughts, to ‘read’ our character and be thoroughly engaged in our dramatic lives.

James Kemp about the classes (Character Analysis and Movement Psychology):

„I am a strong believer that even a little knowledge of the work can go a long way, and that anyone should be able to take something from the presentation which they could immediately apply to their work on stage or off, in front of the camera or behind, or for that matter as a member of an audience watching actors and drama. This work provides an accurate and complete way of describing human behavior and its dramatic representation, giving a practitioner the tools to transform their bodies and minds at will into the shape, form and thoughts of a new character, either subtly or profoundly.  It provides a way to create nuanced and detailed characterizations, and to access inner sensations ripe for use in dramatic circumstances, and otherwise hard to stimulate.“

James Kemp: In 1998 James was invited back to Drama Centre London to work alongside and assist Dr. Yat Malmgren in the teaching of Movement Psychology (inspired by the pioneering work of Rudolf Laban), and upon the retirement of Dr. Malmgren in 2001 he inherited his work and further developed this field of study and practise through workshops for Stage Centre, Israel; Beit Zvi School Of Performing Arts; Beit Lessin Theatre, Tel Aviv. He teaches Acting & Directing at LAMDA and works as a ‘Laban Consultant’ at the Young Vic. His students have included Michael Fassbender, Tom Hardy, Emilia Clarke and Gwendoline Christie amongst many others.

„James Kemp taught me character analysis for three years. He inspires his students to reach a level of acting which is high- detailed and rich. The work that James teaches reminds actors constantly of the importance of the physical when acting- how our psychological state expresses itself in our bodies. Character analysis taught by James encourages actors to use themselves in the roles they play, but this by no means limits the possibility of transformation. There is also a lovely lot of freedom in this acting class as we were allowed to create whichever character our imaginations were pulling us towards.“ – Student, Drama Centre London

„What I will say is that from my perspective it helps to instill a discipline and rigour in your approach and you start to think about the little things in your performance with much more of a knowing view to what that says about your character, and indeed what the audience will receive from your performance. It gives you the tools to add great depth of character and a vocabulary and awareness of why your character has that depth.“ – Christopher Ashman – Actor, Drama Centre London

Notes from past workshops and interviews with actors/actresses click here>>

Subscribe to our newsletter to receive information about future workshops.